Who the fuck came up with calling ss Atomic sets “tapping”, when a trick, tap, already exists? Has to be one of the dumbest things I’ve ever heard.

Understand this may apply to Blazing, and Slapping, but I don’t know much about those. Either way, super bunk. And the fact everyone has seemingly gone along with it is so utterly gross.


Thank you for coming to my TED Talk.
Live, Love, Footbag

Are we talk just shorthand for sets, or general nicknames as well. Backside smear is maybe not the best of names.
Daniel Boyle
Canberra, Australia

Understand this may apply to Blazing, and Slapping, but I don’t know much about those. Either way, super bunk. And the fact everyone has seemingly gone along with it is so utterly gross.


Thank you for coming to my TED Talk.

I wonder if one of them (e.g., chicken) came before the other (e.g., egg), and that is why it is what it is? I have tried to collect information about the etymology of things like this but it is difficult. If we find out, let's post it here!
TJ Boutorwick

I can shed a bit of light on things. Way back in the day sets didn't exist, so these problems didn't exist. When tricks involving sets first started popping up, people didn't think of them as "set + downtime component." That was partly due to the fact that a lot of the early sets weren't as distinctly uptime as they are now. Early blurs and legbeaters were done almost midtime really. So a trick like legbeater was not thought of as "uptime set followed by downtime butterfly," but more like a single trick that was its own distinct whole. The first tricks that started down the path of indirectly describing a set, were "blurry tricks." Old school players only used the designation for tricks that were stepping- opposite in out dex tricks like blurry whirl. That's because it had to be like the actual trick blur, but finishing off with a different component. So a trick like bedwetter wouldn't be blurry...they'd almost describe it as "blizzardy" egg. For this reason, stepping same side tricks were given their own names instead of being called simply "blurry."

The explosion of set names really came in the late 90s and early 2000s. I'd say between mid 1998 and mid 2000 really. If you wanted to blame a single person, you'd probably want Eli Piltz. In his defense, a lot of sets needed names and by identifying and naming them it made people consider tricks they may not have otherwise. I think where things went overboard was when they started giving 2 sets of names for the same set, based only on whether the next component was same side or opp (which I believe is your original complaint). Here' I'd probably point to Sunil and Eli as the biggest culprits. I also think around this time people got a bit overboard with naming rare sets that are used and seen so infrequently (e.g. symposium reverse whirling, backside frantic, etc.) that their technical names are probably more useful than some weird name you need to look up.

Dan: Any term that you find very.... odd, would be the criteria. Backside Smear is a top one. Though, I personally refuse to use terms like “backside”, and “frontside” for similar reasons. Ooh, I remember those threads. Good reads.


Ken: That’s fantastic. My vendetta went from general, to personal. Piltz, what a fool! Haha. Now I don’t feel as bad trash talking that ‘Unbearable’ video, or whatever it’s called. Get it as a beta phase, but how we haven’t hashed it out since is kinda baffling. And I also seem to be the only one with this issue. Was quite helpful and informative, thanks.

More specifically, the full term, Double Legover. Anytime I hear the full term out loud, I cringe. Miraging Legover somehow turns into 2 Legovers, even though the motions are opposite each other. Dumb, dumb, dumb. Imagine whomever came up with DLO was doing the trick Symposium, and with both feet together. While that would be slightly understandable..... still dumb, dumb, dumb. Then, the actual DLO, DSO, is called Toe Reaper until Ianek comes up with Switch, then DSO? When I find out things like this, makes me not hate on Freestyle Fútbol names as much. With their 7 million ATW variations.
Live, Love, Footbag

There have been various threads on this very forum talking about the DLO - I think for sure this has been a hot topic (in reality now people just DGAF - there are so few people playing that it doesn't really matter). But this has certainly been an ongoing one. Because a DLO is certainly not a double of the legover trick (mind you a double switch over, some people call say pixie legover, pixie switch), it's not a double of that either.

The only real difference with freestyle football is that it would have been called the IATW - not that he was the first one to do it, but he came up with the name, so he names his version of the basic (around the world) trick.

I am also upset that double legover is not the base name for OUT>same OUT>same Toe.
Gray Chadwick
Top

Blurriest is a bad name too

I agree that DLO is maybe the worst offender in terms of being straight up misleading/incorrect. I also feel some annoyance at tricks like blurrier and blurriest. They were undoubtedly hard tricks when they were named, but they've been surpassed by so many other tricks which are faster...how can stepping barfly be "blurriest" when people have literally added 2 extra dexes to it?

Thank you for coming to my Tappity Tap Tap Talky Talk.

"You can ask a stranger, my legs is fast and danger!"
Top

Nice skills Rory! Though I couldn't help thinking of this... 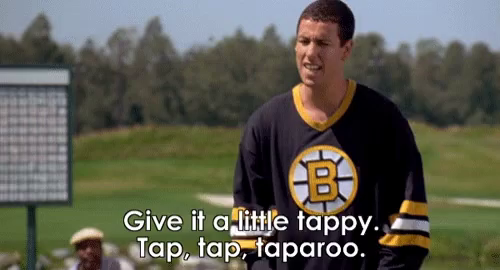 When can the rest of us buy the new Quantums?
Ken Somolinos!
Top
Post Reply
12 posts • Page 1 of 1